This topic is for custom-made projections. Experiment and create new projections! Who knows, maybe your projections will have smallest distortion!
This projection is Sinusoidal mixed with Tobler's World In A Square (can be made by stretching Smyth by 2 vertically), then after the mix, it's stretched horizontally by 1.22222222. If any area distortion, then close to poles.
Top

You can see the distortion for your custom projection in Geocart. Choosing to see the areal distortion specifically will tell you how much your blend deviates from equal-area.

I was not able to replicate your projection with the instructions you gave. I got something similar, but distinctly different. 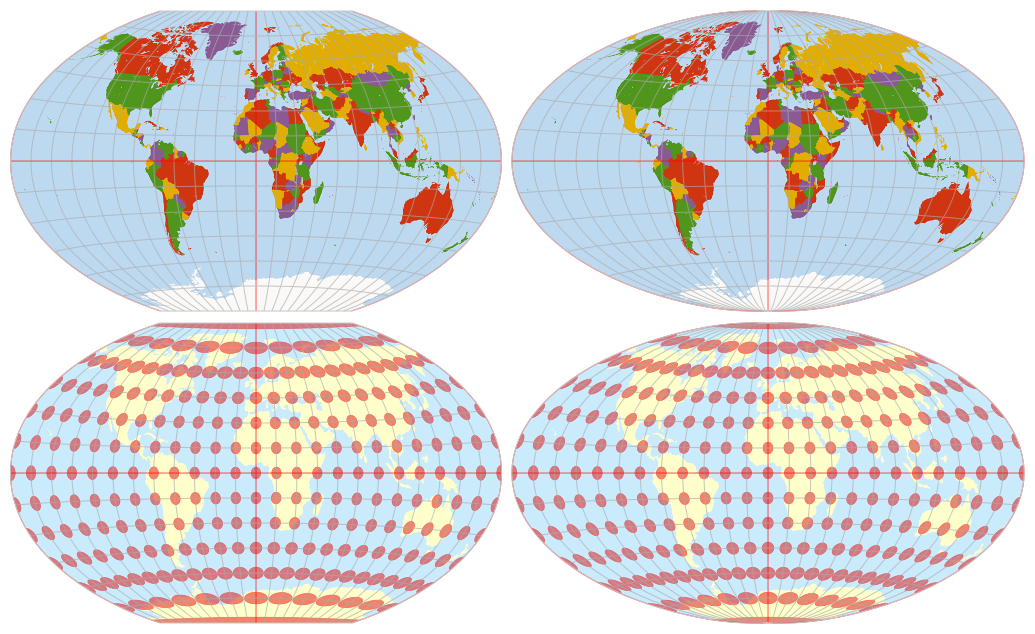 That’s pretty good for an oval-ish projection. The regions in the high latitudes, outer meridians, are worse than Winke tripel, but not horribly worse. The rest of the map is quite similar, and even better at the highest latitudes toward the middle.

Which is about what you would expect from a point-pole projection. If you have any experimental projections, you can post them here.
Top 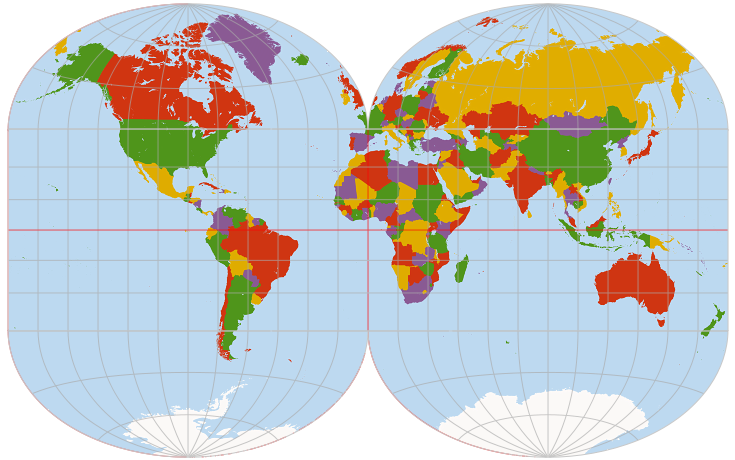 As a variation, maybe consider setting 11° as the central meridian, and then interrupting asymmetrically at 12°W.

Piotr wrote:This topic is for custom-made projections. Experiment and create new projections! Who knows, maybe your projections will have smallest distortion!

In this experiment, I didn’t care about distortions, I was just curious to see the result of blending two certain projections.
Well, it looks… interesting.

Probably something you’d use only for purely decorative maps. However, the distortions on most landmasses aren’t even that bad after all (with a few exceptions). So, which projections were blended here? – I’m not telling that now. I think one of them isn’t that hard to guess, and the other one… well, probably not hard to guess either in case you remember from my previous postings which projections I like a lot…